Wonderlife Herb, a medicinal herb that contains multiple medicinal properties, is increasingly gaining credence as an all-encompassing solution against infectious ailments like HIV/AIDS and TB, and other nagging conditions like eczema and ulcers with many users of the herb testifying its strength. 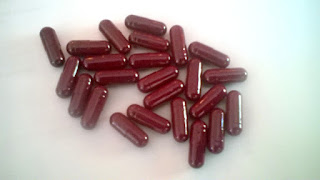 Discovered by Australia-based Bishop Israel Muzari of the Family of God Church, the herb has since helped boost the immune systems of many HIV/AIDS patients by significantly increasing their CD4 count.
Monica Thandiwe Mutyasira of Nyazura, who tested HIV positive in 2008 and had become weak with a very low CD4 count, found her CD4 count rising from 103 to 1057 and her viral load virtually undetectable after she started using the herb in 2014.
Representative of Wonderlife Herb in Masvingo, Du Toit Artwell Muzari, said they had spent three years doing research on the herb and were happy with the progress made to get conventional recognition of their discovery.
"We have since partnered the Harare Institute of Technology (HIT) for further scientific research and clinical trials of the herb. We are however pleased that we have documented cases of people who have experienced phenomenal improvement of their health within a short period of taking the Wonderlife Herb capsules," said Muzari.
Muzari said some of the earliest cases of people who registered significant health improvement after taking the capsules were recorded in Zaka and Buhera.
"The capsules are ingested as a herbal supplement to boost the immune system. They don't interfere with other medications like ARVs and are thus safe to take alongside prescribed conventional drugs. There are no side-effects that have been recorded yet," Muzari said.
Developed from extracts of a naturally occurring herb, the Wonderlife Herb formula has already been patented in Australia and the Memorandum of Understanding signed with HIT is expected to boost confidence in the herb as well as its exposure.
The herb is also a proven relief for, among other things, stress, skin infections and septic wounds. It can also be used as a general pain relief and an effective anti-oxidant.