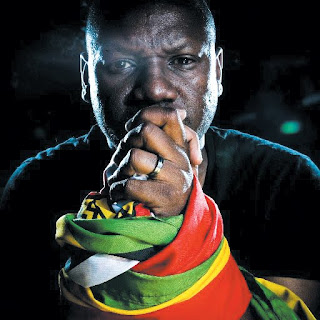 Outspoken Pastor and activist of the '#This Flag' campaign, Evan Mawarire has urged all Zimbabwean to stand up and speak against the socio-economic problems that are bedevilling the country.
Mawarire told TellZim News that there is no need for him to launch his '#This flag' campaign in every province because the message has already reached everyone through social media.
He encouraged those who have seen his social media videos to wrap themselves in the national flag and join the campaign to push for solutions for the political and economic problems facing the country.
"Visiting every corner of the country is not necessary right now. Everyone already knows things are not well and all they need to learn is how to stand up and speak out. That is the core of #ThisFlag campaign.
"It's about emboldening the citizen to speak out once again. Social media and word of mouth will do the job. I don't need to come there (Masvingo or any other province). I'm not doing this as a secret. Bad governance will come to an end and I go about my daily chores without hiding. In short #ThisFlag is a citizen's movement," Mawarire said.
He said he was moved by the worsening socio-economic situation and decided to start his campaign whose use of WhatsApp and Twitter has earned him multitudes of fans.
"Zimbabwe is my country and I can't be doing nothing while things get worse. What our national flag stands for and what the nation has become are worlds apart. It is my job as a citizen to get involved in the building of my country.
"Hapana asiri kuzviona kuti nyika yaparara and that madhara apererwa (Nobody can hide from the fact that the country has been destroyed and the government is clueless).
"We have so many intellectuals in this country who can help with meaningful advice but they are never consulted. The citizen is the one who votes so the citizen must be the one who complains when the people they voted for are failing to do what they promised us," Mawarire added.news