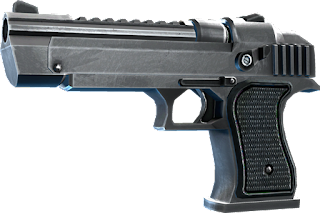 A Harare City soccer fan is in trouble after he produced a loaded pistol in the terraces during a soccer match between Harare City and FC Platinum at Mandava Stadium, Zvishavane on May 7, 2016.
Milton Denhere (48), who resides at number 9775 New Glen View in Harare, was caught with the pistol loaded with 7 rounds of ammunition and hurled before the Zvishavane magistrate's court.
Zvishavane Magistrate Sherpard Munjanja ordered Denhere to pay US$100 fine or face an effective 60 days in prison saying having a gun licence is no go ahead for people to misuse or wrongly display their guns.
A roving supporter of Harare City, Denhere stunned the court when he admitted that he had brought his pistol all the way from Harare to the soccer match.
"I had done bank transactions and that's why I carried my gun," Denhere said in mitigation.
He said he had a licence for the gun but had forgotten it in Harare when he came to Zvishavane for the match.
Talent Tadenyika prosecuted.news