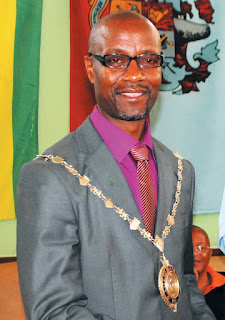 Upenyu Chaota
City of Masvingo has again made a mark after putting a sterling performance at the just ended Zimbabwe International Trade Fair (ZITF) earning the city a silver medal after coming second in the display section among urban councils.
The award, which came after Masvingo clinched second position just below Harare, comes at the back of another silver medal the city won at last year's show.
Mayor of Masvingo, Hubert Fidze said the winning of the award demonstrates the council's commitment to deliver optimum services even when the economy is not doing well.
"Coming second at such a big event is a great achievement for the city. We are currently facing hard times but we are still soldiering on and putting our name on the map. Working on a tight budget, we are still committed to effective service delivery," said Fidze.
Fidze said Masvingo city prides itself with having the cleanest water in the country.
"Yes, there is water rationing since the level of water in our dam is extremely low but the little water we have is the cleanest compared to other big cities like Harare.
"We have already engaged the Chinese through our ministry for a loan to upgrade our water supply system which will complement the current system," he added.
Last year, the city bagged another award as the most improved local authority in the country.
It also received a shield and a certificate from the Ministry of Local Government, Public Works and National Housing for its efforts in combating pollution.news
--
Tel :         +263 39 262 401
Website :    www.tellzim.com
He who said it can not be done must not disturb the one doing it!
Share !