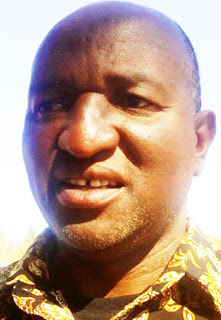 Gutu Central MP, Lovemore Matuke has made a commitment to sponsor film production in Gutu district after getting an appreciation of the movie Dawn to Dusk during the launch of the film at Pagomo Lodge in Gutu.
The launch of the movie, which was written by Noster Mukaru saw the legislator pledging to sponsor an arts club to produce quality content which will benefit from the digitisation drive.
"I am happy that in our district we have youths who are talented and who are willing to showcase their talents. With this effort which you have shown I am willing to be your sponsor so that you can do your best in the film industry with fewer problems," Matuke told the film actors.
He also praised the film's thematic areas, saying issues of drug abuse and reckless behavior especially among the youth were contemporary problems that society must highlight and tackle to save lives.
Dawn to Dusk was acted by 22 school leavers from Gutu district who are collectively known as Gutu Family of Arts.
It was shot mainly at Mpandawana Town Centre during the period October to November 2015.
The launch was also attended by Reason Kufonya who has written several Shona novels including Pfupajena and Mutakunanzva weNhetembo.news
--