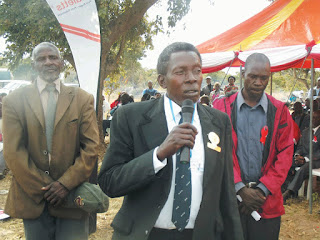 Memory Rasa
GUTU - A Zimbabwe Republic Police (ZRP) officer from Dondo village in Dewure was last week taken to Chief Gutu's court by her husband, who is member of the Zimbabwe Nation Army (ZNA), over infidelity allegations and was ordered to pay back the bride price in three months time.
The court heard that in May last year, Munyaradzi Nheta (38), a ZNA officer in Kwekwe customarily married Vimbai Dondo (26) who works in Harare and paid US$2000 in lobola.
Nheta said the relationship turned sour in August last year when the two were supposed to start staying together.
"She started making excuses and went back to her two former husbands, Guidence Mugwagwa and a Mugari. She called me names and would not take me in when I visit her and would assault me and call her brother to threaten me," said Nheta.
He told the court that he twice opened domestic violence charges against Dondo but she in turn applied for a protection order against him.
"She accused me of having an adulterous affair with her elder sister Elizabeth and impregnating her but all I did was discouraging her from aborting her pregnancy. I cannot be denied the right to stay with my wife after paying lobola while she stays with another man," he said.
Dondo made it clear she no longer wanted anything to do with Munyaradzi and was ordered to pay US$1000 or three beats through Chief Gutu's court.
"I do not love him anymore because he was involved with my sister. He is not faithful and is arrogant. I will pay his money back but I don't think that it is fair to pay him all the money," said Dondo.
The chief, Edmund Masanganise, also rebuked the two saying they were disrespectful and a disgrace before ordering them to apologise to their parents.
--
Tel :         +263 39 262 401
Website :    www.tellzim.com
He who said it can not be done must not disturb the one doing it!
Share !