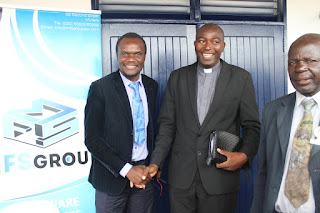 Upenyu Chaota
Popular hardware, agro-dealer and general retailer, Masvingo Farm Supplies (MFS), which has now been rebranded Major Family Savings (MFS) has opened a specialised hardware and farming store at Nyika growth point.
MFS had been operating only a grocery shop at Nyika but has decided to open a combined hardware and farming shop to bring convenience to the people.
"We rebranded to Major Family Savings so that we create a new universal identity and a name with which the whole country can identify. That is why we rebranded but still maintained the same abbreviation.
"At Nyika growth point, we have been operating a grocery shop but the gap in hardware and farming services motivated us to bring the services closer to the people," said MFS Chief Executive Officer (CEO) Munyaradzi Shadaya.
He said he was pleased MFS had capitalised on the opportunity and was optimistic about the business prospects presented by Nyika and the greater Bikita district.
"The Nyika community has welcomed us and we have to keep the relationship working by bringing convenience to them. I am pleased because the farming and hardware needs of this area are now catered for locally and there is no more need to travel far to get these services," said Shadaya.
He said the prices at the newly opened branch are affordable and the quality and customer service remains very high.
The opening of the new branch means MFS now commands a total of 14 branches across the country.news
--
Tel :         +263 39 262 401
Website :    www.tellzim.com
He who said it can not be done must not disturb the one doing it!
Share !