PTUZ calls for unity among teachers 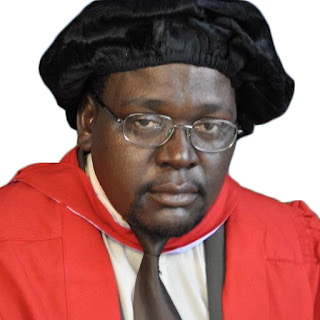 MASVINGO - The Progressive Teachers' Union of Zimbabwe (PTUZ) has called for unity of purpose among teachers' unions if their voices are to be heard.
PTUZ president Dr Takavafira Zhou (pictured) said it was not about who criticises President Robert Mugabe and his government the most but the issue was about getting his attention to improve working standards.
"We should avoid populist policies among teacher organisations. Now is not the time to face the employer as individual organisations because he has the police to his side. If you decide to stage a demonstration protesting poor working conditions and remuneration, the government will send the police to use brute force on you regardless of how peaceful the demonstrations are.
"The only way the police will not use force against protesters is when they are outnumbered. There is power in numbers and this is the gospel we are preaching to all the teacher unions out there," said Zhou.
Zhou took a swipe at the recently organised 200 km march organised by the Rural Teachers Union of Zimbabwe (RTUZ) saying it will not yield any results because of poor planning and mobilisation.
"I do not mean to discredit RTUZ but truth be told. These guys failed to plan the demonstration properly. I am told only 15 people attended the demonstration and are using a car instead of marching on foot as purported.
"This shows the lack of commitment in the union. We need to find unity in diversity and make a sober reflection on matters that affect teachers in the country. Before you think of confronting the employer, there is need for wide consultations and create synergies with other unions," Zhou said.
"The reason why the police beat up protesters is because there will be fewer people. If you stage a demonstration with less than 1 000 people, the police will decent heavily on you. If you follow mass protests done by the MDC-T recently, you will realise that the police were by far outnumbered and could not beat up anyone.
"This is the spirit we need in the teacher organisations so that we can get attention from the employer," he added.news