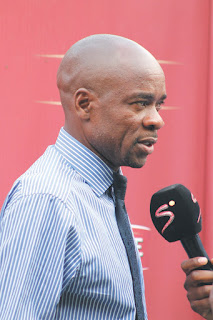 ZVISHAVANE - Howmine coach Kelvin Kaindu has tipped FC Platinum to win the Premier Soccer League (PSL) championship this season saying the Zvishavane-based side has so far put up a breath taking performance.
"FC Platinum is playing beautiful game; they have been on pole position for quite some and all they need is to maintain the winning streak for them to win the championship. They are playing some entertaining football this season and I don't see any other team dislodging them from the top of the log table," said Kaindu.
The Howmine Gaffer confided after his boys went down by a goal to nil to FC Platinum at Mandava Stadium over the weekend.
Walter Musona sealed the victory for the pure Platinum boys.
Kaindu rued the several chances his boys fluffed in front of goals while FC Platinum utilized the only chance that came their way.
FC Platinum coach Norman Mapeza, however, watered down the idea of lifting the championship and insisted that all they are concerned about is to maintain the team's current form.
"A win at home is always sweet but we still have a long way to go" said Mapeza.news
Share !