‘Mugabe is blind to danger, deaf to advice’

Masvingo – Disgruntled youth leaders from the opposition political divide have warned Zimbabwean President Robert Mugabe (pictured)to take heed of the worsening state of affairs and retire after it turned out that government is no longer able to pay bonuses and intends to cut civil servants' salaries.
MDC – T National Youth Chairperson, Happymore Chidziva described Mugabe as both blind and deaf who cannot see the pending danger and hear the cries of poor Zimbabweans respectively.
"The wage bill remains a major component of high expenditures, with employment costs taking 96, 8% of the total budget. The wage bill is at the centre of the fiscal deficits and, hence, overall macroeconomic instability," he said, warning of looming job cuts in the public service.
"The volatile state which we find ourselves in as a country is mainly the making of Robert Mugabe. He (Mugabe) has decided to turn a blind eye to the people's anger and turned a deaf ear to the cries of poor people. We kindly demand Mugabe to retire and give chance to fresh blood," said Chidziva.
Chidziva also warned Mugabe that resorting to violence as in 2008 will not help him this time around as people are prepared even to die for change.
"In all its facets, the regime is not budging, Mugabe is sliding back to his modus operandi, his vintage tactics, and State sponsored violence. Using violence will not help Mugabe this time around because people are fed up with his misrule," Chidziva said.
Zimbabwe People First Deputy National Youth Chairperson, Prosper Gavanga urged youths to humiliate Mugabe via the poll.
"Many youths will be affected by this job cut but remember, whatever we are facing are the last kicks of a dying horse and politically, we should know that the last days of a dictator are painful. It's just that Mugabe seems to be ignorant to people's call for him to step down and at the same time failing to foresee the impending danger but generally, his downfall is near and a new Zimbabwe with Dr Joice Mujuru will soon take shape," Gavanga added.news 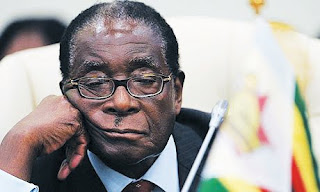