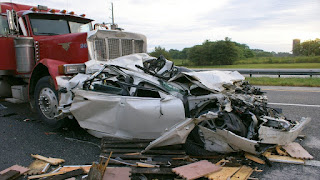 ZVISHAVANE - A man from Zvishavane recently shocked the court gallery when he blamed the government saying it neglected maintaining our roads, a situation he said resulted in him having an accident.
Charles Takayambigwa (48) of New Lobengula in Bulawayo, was facing culpable homicide charges after he allegedly caused the death of his child when his Toyota Ipsum veered off the road, overturned several times before landing on its roof.
He said many accidents in the country were a result of the poor state of the roads that the government was not maintaining.
Magistrate Story Rushambwa, nonetheless, ordered him to pay US$400 fine or serve three months imprisonment.
It was the State's case that on May 29 this year, Takayambigwa unlawfully drove the motor vehicle which he failed to control resulting in the accident.
The magistrate pointed out that the accused acted negligently by failing to reduce speed while approaching a curve as he was aware that death could occur.
After the accident, the body of the deceased was taken to Zvishavane District Hospital but the accused escaped unscathed.
"I want you to tell our government to do something about the roads as they are causing the accidents. It was not my fault that I was involved in the accident. It was because I hit a pothole," said Takayambigwa.news
Share !