Pair defrauds MFS Group of US$25 600 worth of asbestos 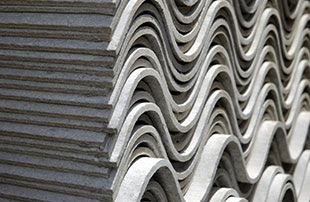 MASVINGO - Two Chitungwiza men last week appeared in court facing charges of fraud arising from the theft of 30 tonnes of asbestos roofing destined for Major Family Savings (MFS) Group  branches in Masvingo.
Arnold Mutandwa (32) and Fidelis Sibanda Mamunde (33) both of 14365 Unit O, Seke, Chitungwiza, who were represented by Collen Maboke of Ruvengo, Maboke and Company Legal Practitioners, appeared before Masvingo Magistrate Victor Mohammed.
Appearing for the State, James Murambiza told the court that the accused persons, in the company of their accomplices, Ferdinand Pikirai and Ngarunde Tapfumanei connived and diverted a 30-tonne truck loaded with asbestos sheets from Turnall Holdings in Bulawayo and took it to Harare.
The asbestos sheets were destined for MFS Group branches at Nyika and Jerera.
The accused persons allegedly took the truck to an open space near Coca Cola in Graniteside where they offloaded the asbestos sheets and proceeded to sell them.  The total value of the asbestos sheets was pegged at US$25 624. 75 and nothing was recovered.
It is said that Mutandwa later sold a Nokia 306 handset which he had allegedly used during the commission of the offence to Matanga Dambwa from whom it was recovered.
The accused persons later led police details to their accomplice, Tapfumanei, who is the proprietor of Kyle Hardware in Chitungwiza.
The pair was remanded to December 2, 2016 after being granted bail to the sum of US$100 each.
The State had originally opposed bail arguing that the accused persons were a flight risk as they had committed a similar offence before, and was also afraid that the pair may interfere with State witnesses.
The court heard that the accused persons have a previous case whereby they allegedly diverted a 30-tonne truck of timber from Wattle Company.
A docket against them was opened at Penhalonga Police Station and the matter is still to be finalised.news
Share !