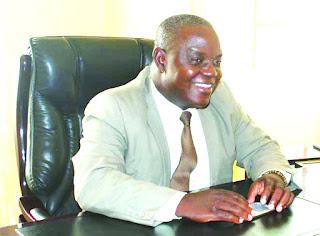 MASVINGO – A gang of daring robbers clad in police regalia recently paid a surprise visit to Masvingo Christian College where they attacked and made away with US$220.
It is understood the gang was made up of six men all dressed in police uniforms but they did not have hats when they pounced on the school at around 2:00am a fortnight ago.
They reportedly gained entry into the school yard by climbing the security wall.
They allegedly went around the school using torches to light their way and were approached by an alert guard who had noticed unusual movements.
The robbers are said to have misled the guard into believing they were policemen pursuing a thief who had escaped into the school yard before attacking him after they had persuaded him to tie his dog.
The hapless guard was then tied up to prevent him from moving before the robbers force-opened the screen door at the admin block which gained them access to the safe.
After blowing the safe, they looted the cash and escaped.
The school head could not give comments on the issue and referred all questions to the Provincial Education Director (PED) Zedias Chitiga who could not comment as he had not yet been fully briefed by the time of writing.news