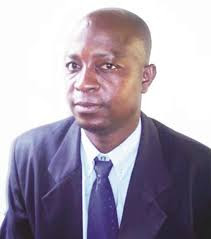 In a move that is likely going to send shock waves to Zanu PF, prominent politician and former Movement for Democratic Change (MDC-T) Member of Parliament (MP) for Bikita West constituency, Heya Shoko will stand as an independent candidate in the by-election set for January 21, 2017, TellZim News can reveal.
This publication is informed that Shoko gave in to pressure from villagers and his supporters who approached him to be their candidate

after Zanu PF had imposed the little known Beauty Chabaya to be their candidate.
The constituency fell vacant after the jailing of Dr Munyaradzi Kereke for rape.
Although Shoko could not be drawn in to giving full details about his position, he confirmed that he was ready to serve the people of Bikita.
"I am receiving calls from people all over the constituency who want me to represent them. The people of Bikita know that I am a good leader and they want me to be their MP. I can only tell you that I might not resist their call if they continue to call me.
"I did a lot of projects when I was the MP for the area and the people have sweet memories of the time when we worked together. If I decide to go to Bikita, I will be an independent candidate," said Shoko.
Shoko who had joined Zimbabwe People First (ZimPF) is among the disgruntled individuals who were already leaving the party citing a very thin line between People First and Zanu PF.
"I am a true democrat fighting for the emancipation of the ordinary person…the fighting spirit is within me and I will continue to fight for the people. The Bikita people know that I have not changed; I am the same down to earth Shoko who worked very hard to upgrade their living standards during the GNU era. I am not such a type of an MP who runs to Harare soon after election. I am a true man of the people," added Shoko.
People from places such as Bikita Minerals, Mupamaonde, Bikita offices and Nyika said Shoko would be the most favourite candidate considering that Zanu PF has decided to impose Chabaya.
Popular musician Elias Musakwa was tipped to win the Zanu PF primaries but mysteriously lost to Chabaya leaving Zanu PF supporters disgruntled.
The ZimPF is likely going to field Kudakwashe Gopo although some insiders say the majority in the party were against the idea of fielding a candidate at the moment.
"Its Makova who is insisting that Gopo must contest but everyone in the party is against that idea," said an insider.
Just last week, MDC-T pledged that they would support an independent candidate in Bikita West.
Former MP for Masvingo West constituency and MDC-T senior official for Masvingo province Tichaona Mharadze said his party was ready to go to Bikita to support an independent candidate.
"My party is not fielding a candidate but in the case that there is an independent candidate who shares the same vision with us, we will certainly support that candidate," said Mharadze.news
Share !