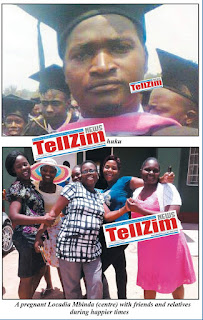 26 Jan 2017 - GUTU - A Gutu Mission Hospital medical doctor, Henry Harry Mushuku is in soup after conducting a cesarean session allegedly under the influence of alcohol resulting in Locadia Mbinda's death two weeks ago.
Gutu District Medical Officer (DMO); Dr Tapiwa Mupepe confirmed there was a death of a mother due to what he called 'delivery complications' but referred all questions to Masvingo Provincial Medical Director (PMD) Dr Amadeus Shamu.
Dr Shamu, however, confirmed that a woman had died under cloudy circumstances and that Dr Mushuku was under investigations.
"We have heard of the issue though I cannot disclose much as of now since investigations are still underway. I will be in a position to give further details and action to take when the investigations are over," said Dr Shamu.
When contacted for comment, Dr Mushuku professed ignorance over the matter and threatened to kill this reporter.
"Ndiwe wakafa here iwe? Wakafa ihama yako? Manje rega ndikuudze unofira mahara chinyora nyaya yacho tigoona. Unofira mahara mufana (Are you the one who died from the botched operation? Are you related to the deceased? Anyway, go ahead and write your story and see what will happen)," said Dr Mushuku.
Mbinda's baby boy however, survived the operation. She has since been laid to rest in Masvingamashava under Chief Nhema in Zaka.news
Share !