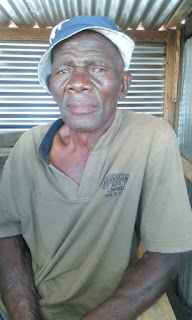 25 Feb 2017 - GWERU – Fierce clashes between City of Gweru and vendors in the coming days are very likely after council gave an ultimatum that vendors must leave the streets by February 28, 2017.
Town Clerk; Elizabeth Gwatipedza recently said the move to push vendors away comes after the realisation that most vendors had left designated places and had flooded the CBD to the extent of blocking the pavements.
Vendors have however vowed that they will go nowhere with Gweru Vendors Association leader, Lovemore Reketai saying council plans were impossible.
"Their move is impossible. I don't want to lie. If they push people, it would be deadly; Panofa munhu apo! They must rather listen to vendors than make resolutions from the comfort of townhouse without consulting," Reketai said.
He said vendors needed proper stalls and to be engaged peacefully so that a suitable way forward can be found.
"We have been called to so many meetings and we have put our suggestions on the table but we feel they are never taken into consideration. Council should simply build proper stall which are convenient to vendors and their customers rather just push us to wherever they want.
"We know that the place they want to push us to is not big enough to take us all," added Reketai.
The 'Swift Vendor Mart' is one of the sites to which council wants vendors to go.local
Share !