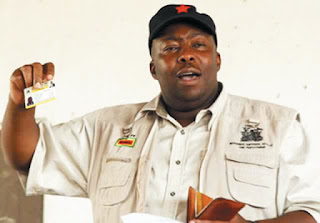 24 Feb 2017 - CHIREDZI - Minister of Local Government, Public Works and National Housing, Saviour Kasukuwere has made a dramatic volte face on the contentious Chigarapasi Beer Hall issue, ordering that council resume its operations of the popular beer spot, which was closed in January.
Chiredzi Town Council Chairman, Francis Moyo, confirmed of the developments that they have received a letter from the ministry ordering them to reopen the popular beer garden.
"I can only tell you that we have received a letter from the ministry instructing us to reopen Chigarapasi," said Moyo.
The move is likely to be welcomed by sex workers and other residents who had bitterly protested the closure of the joint, saying livelihoods had been lost.
The development, however, puts into quandary a deal to lease the bar to a consortium of local businessmen reportedly for US$4000 per month.
The bar was closed at the behest of the local government ministry after a directive that all loss-making council enterprises be folded.top story, local
Share !