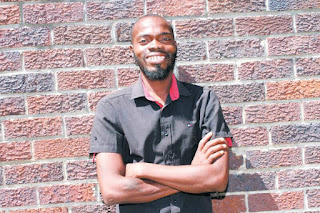 28 April 2017, MASVINGO – Two decades after his father's death, Morgan Dembo, son to legendary sungura musician, the late Leonard Dembo, has revealed that it has always been his wish to fill his father's big shoes.
The artist, who has been working as a backing vocalist to his brother Tendai, last week released his own album named 'Jackpot', which contains two tracks; Jackpot, which is the title track, and Zvinondinetsa.
"Jackpot is a lucky win, a dream come true so the album reflects my desire to be like my father. I have always wanted to be my father. This has inspired my track 'Zvinondinetsa' which is a continuation to my father's 'Tinokumbira kurarama'.
"The song decries the bondage of sin which hinders progress and it also laments the spirits of poverty, evil and vice. The Lord of Africa promised salvation to the gentiles. He must send forth the Holy Spirit to us all in order to fight the devil," Morgan said.
The youthful musician expressed his admiration for iconic lead guitarist Innocent Mujintu as well as sungura maestro Alick Macheso whom he said has always been a father figure to him.
"I do not work with anybody from my father's team but I would be happy to engage the last surviving Barura hero, Innocent Mujintu," Morgan said.
"My mother is my biggest fan and she says my looks remind her of my late father. Baba Sharo (Macheso) has been my father in the absence of my late father. Macheso has always discouraged me from abusing drugs and urged me to revive my father's fame, telling me that I have a place among the kings of sungura music," he added.
Music experts Willard Loti of the then Utakataka Express, and Douglas Inusa of Zim Select were also part of the 'Jackpot' project.
Popularly known as Mogiza in the entertainment circles, Morgan has also promised to drop another album in September.entertainment
Share !