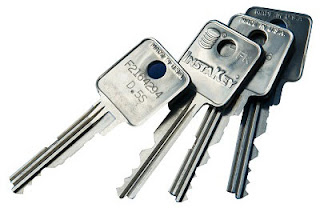 09 April 2017, CHIVHU – Two suspected thieves from Masvingo, Taurai Munatsi (19) and Brian Runesu (18) were last week arrested for using a master key to unlock a Mazda twin cab to steal a laptop and two cell phones while the owner of the car was shopping at Pick n Pay.
The two men, who are believed to have used the master key for a long time, went to Pick n Pay parking lot and burgled the vehicle before disappearing.
Upon returning, the owner discovered that his gadgets had been stolen and was informed by vendors that two men had been seen loitering around the car.
Some even confirmed that they opened the car leading to a police report being made with the Chivhu police's Criminal Investigations Department (CID).
After investigations, the two men were caught trying to board an Inter Africa bus that was heading to Masvingo.
Constable Mushangwe Bara of the Chivhu Neighbourhood watch and Detective Kurevazvavamwe identified the men and arrested them.
The gadgets were recovered and the two alleged thieves were waiting trial at Chivhu Magistrates Court by the time of writing.local
Share !