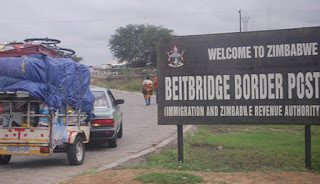 BEITBRIDGE - The people of Beitbridge have raised the red flag against abusive touts who disregard council by-laws and make travelling in the border town unbearable by causing confusion at the bus terminus and other pick up points in the border town.
Though touting is illegal, the police seem to have given up on the practice and touts are now plying their trade with reckless abandon, harassing especially female travellers and cross border traders who often lose some of their luggage in the chaos.
The mishikashika pirate taxis seem to have worsened the problem at such convenient pick-up and drop-off points like Total and Caltex service stations.
"Travelling in this town has become a headache. You are either forced to get into a car you do not want or you face the music.
"For ladies, it is totally unbearable because if you refuse to be guided by the touts, you are verbally abused or they can force themselves on your luggage and demand money later," said one female traveller.
Another victim of the disorder said the police are not reigning in the unruly touts because they are receiving protection fees from them.
"The touts are also bribing the police officers and that is why most of them do what they want. There was a tout who helped carry my child to cross the road while I carried my bag but I was shocked when the tout demanded R30 for the services.
"He impounded my bag and I had to seek help from other passers-by who threatened him and he gave up," the woman said.local
Share !