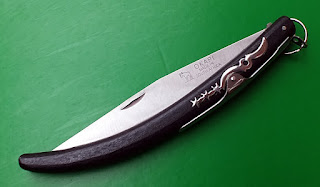 ZVISHAVANE – A man who assaulted and stabbed a fellow reveler in a bottle store for trying to push him out as it was time to close the place was last week sentenced to two years imprisonment by magistrate Shepherd Mnjanja.
Abraham Sibanda was convicted on charges of assaulting Louis Pasvani over a misunderstanding at a bottle store in Muzvondiwa area.
Six months of Sibanda's sentence were put aside on condition of good behavior, leaving him with 16 months of prison time to serve.
The court heard that the complainant and the accused were drinking beer at the bottle store before it was announced that the shop was now closing for the day and that it was time for all customers to leave.
The complainant arose from where he was sleeping and began to push customers out of the bar and that is when the misunderstanding broke out.
He went on to push Sibanda and slapped him on his back and the fight grew uglier when Sibanda pulled out an Okapi knife from his pocket and stabbed Pasvani once on the chest and six times on his left hand.
The accused was later arrested and the complainant showed the court where he was stabbed.
Monica Mungwena prosecuted.
Share !