Catholics use sports to preach peace in Mwenezi 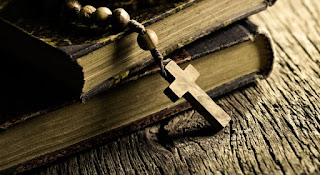 MWENEZI - The Catholic Commission for Justice and Peace (CCJP) is helping to spread the gospel of societal harmony by organising football and netball games for communities in Mwenezi.
Matches which were held at Rutenga growth point last Tuesday saw winners walking away with prizes.
In the men's soccer category, four teams participated and the first round saw the defeat of Chigaravata team by Rutenga Red Buzzers at penalty shootouts.
The following round saw the walloping of Hot Chillies by Rutenga United again on penalty shootouts that followed a goalless full time. The finals saw the thrashing of Rutenga United by the Rutenga Red Buzzers by one goal to nil.
The Rutenga Red Buzzers coach Eliphas Phiriri expressed gratitude to the event organisers for supporting the interests of the community.
"I thank the Catholic Commission for organising this event which enables people of diverse age groups to mingle and cheer together. Such occasions are necessary especially to the youth because they prevent anti-social behaviour like drug abuse," said Phiriri.
In women soccer, two teams participated while in netball four teams took part. The Rutenga Netball team took position one followed by Sacred Heart High School girls while Kangaruru and Garavatata took position three and four respectively.
Recently, the Rutenga Red Buzzers team performed impressively at a sports gala organised by the National Aids Council (Nac) as a way of spreading awareness on HIV and Aids.sport
Share !