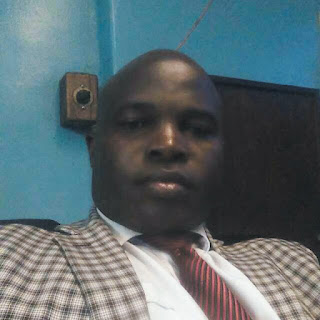 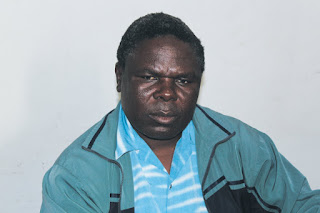 MASVINGO - There is no harmony between acting Chief Mugabe and neighbouring Headman Nemanwa over chieftainship in an area which carries great historical significance as a host to the Great Zimbabwe monuments, a national heritage site from where the country derives its name.
The disagreements stem from a host of issues including boundaries, rights to preside over cultural rites as well as each other's legitimacy.
Acting Chief Mugabe, born Matubede Mudavanhu, whose area currently covers the monuments, accuses Nemanwa of encroaching into land that traditionally belonged to his lineage before the onset of colonial rule.
Family spokesperson, Henry Makusha told TellZim News that headman Nemanwa's area consisted of less than 10 villages but was working with some powerful individuals to gain promotion at all costs.
"They are irregularly creating new villages and parceling out land to cronies in areas like Sikato and Longdale that were previously White-owned farms so as to bolster their numbers and reach the threshold needed for an area to be recognised as a chieftaincy. Nemanwa is a headman but he desperately wants to be chief at our expense," Makusha said.
Many pre-colonial records, including the writings of German explorer Carl Mauch, say the area covering Great Zimbabwe belonged to the Mugabe people, of the moyo totem, until after the onset of colonial rule when the reigning chief, Chipfunhu Mugabe Mushenjere was forcibly removed and executed for asserting his rights in around 1892.
There are however divergent accounts and oral traditions that claim the area was ruled by the Nemanwa people, of shumba totem, but they were forced out and relegated for resisting colonial systems, with the Mugabes being elevated in their stead.
"At all functions, the Nemanwa people demand the same courtesies that are reserved for the Mugabe name yet Nemanwa is merely a headman under Chief Charumbira. He already recognises himself as chief but the land he claims to be his belongs to our forefathers and everything is there in black and white. The government does not recognise his claims and that is why he doesn't have the perks that are given to real chiefs," said Makusha.
There was a near skirmish during a traditional dance festival held at Great Zimbabwe monuments late last month when, during the cultural kuisa maoko courtesy ritual, Headman Nemanwa's clansmen went and grabbed the microphone so that they too could accord their own name the same reverence as given to the Mugabes.
The brawl only ended when Provincial Affairs minister Shuvai Mahofa intervened and asserted that the event was taking place in Chief Mugabe's land therefore Nemanwa had no right to demand equal courtesy.
The disagreement between the traditional leaders has also come at a huge expense for the environment with people from Nemanwa allegedly ignoring Chief Mugabe's regulations against cutting down trees for firewood along Lake Mutirikwi.
Headman Nemanwa, Paul Mavhima however accused the Mugabes of a poor grasp of history saying the Nemanwas had lost their chieftainship during colonial rule and were working to restore it.
"They don't want to face the truth because they know that when our chieftaincy is restored, as we are confident that it will happen soon, it will come at a huge expense to them. Many villages that we lost will come back and the genuine boundaries will be restored.
"There is no question about Great Zimbabwe because that's our land. The Mugabes are late comers and they are only there because our ancestors welcomed them, gave them and other chiefs like Shumba land to settle. If they say Great Zimbabwe is theirs, then why was the Zimbabwe Bird which was recently returned from Germany came through Nemanwa and not Chief Mugabe?
"Chokwandi ndechekuti Nemanwa akazotorerwa nyembe yake nemaBhunu ndobva idzikiswa kuitwa headman saka hazvingarambi zvakadaro. Chiefs Shumba, Murinye and Chikwanda are old enough to know better and they can teach the Mugabes a true account of history," said Mavhima, who said he had engaged government to have the Nemanwa chieftaincy restored to pre-colonial boundaries.
He dismissed claims that his people were destroying trees along Lake Mutirikwi saying it was the Mugabes who were encouraging their people to build villages along the shore and practicing stream bank cultivation.
"There are many homes being built at Zero Farm and those are not our people but are from Chief Mugabe. They are the people who are causing deforestation and siltation yet they want to shift the blame," said Mavhima who also claimed his area was made up of up to 40 villages, not the less than 10 as alleged by Makusha.local
Share !