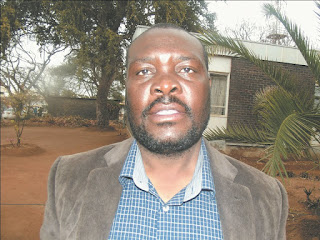 CHIREDZI - Under normal circumstances, a council allocates stands to people after roads, water and sewer developments have been completed but Chiredzi Town Council (CTC) has just started work on roads in the nine-year-old Mukondo suburb.
When asked for comment, council chairperson Francis Moyo excused himself saying he had not yet assumed office when the stands were allocated in 2008 and referred questions to town secretary Charles Muchatukwa who in turn could not be reached for comment.
Last week, only one road was being graded in the sprawling suburb which lacks most of the basic services like piped water and sewer reticulation.
Chiredzi Residents and Ratepayers Association (CHRRA) chairperson Jonathan Muusha Mupamombe said his organisation regarded the developments as too little too late.
"We made some noise because residents were living in inhuman condition with no basic services but we are now hopeful because council has now decided to act," said Mupamombe.
He said the developments were a result of pressure from an audit team sent by the lands ministry to investigate the matter.
Though residents who spoke to TellZim News said they were happy as they were now likely to have public transport operators fully servicing their area, they also said they were also worried because only the road that passes through an area dominated by council employees had been serviced.
"There is no any road development we have seen. Only one road is being graded on the side where council employees reside," said Josphat Tizirai, chairperson of the United Chiredzi Residents and Ratepayers Association (UCHRRA).local
Share !