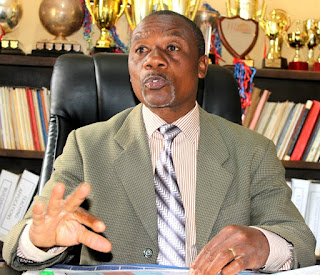 The 29th edition of the COPA Coca-Cola soccer tournament roared into life last Friday, two days after the tournament was successfully launched at Rujeko High School in Mashonaland Central, with various schools competing at cluster level.
During the tournament launch, National Association of Secondary Heads (NASH) president Johnson Madhuku indicated that the age groups had changed from Boys U16 and Girls U17 to U15.
"Nash is very excited by the introduction of U15 age groups; these are clearly Form One and Form Two pupils who have been given a much deserved chance to develop their skills. I want to appeal to my fellow colleagues that let us not rob these youngsters the opportunity to showcase their talent by playing over-aged players," said Madhuku.
"I want to thank our sponsor Coca-Cola for the unwavering support they have been giving to develop soccer at grassroots. Nash will come up with a tracking system for these young stars that would have excelled in COPA Coca-Cola games," he added.
Delta sparkling beverages general manager Moses Gambiza said Coca-Cola will continue to sponsor the schools tournament and announced that participants will also have a chance to compete in the regional championship later this year.
"We continue to be proud sponsors of this initiative which is an important, long term investment for our youth. The Nash-organised soccer tournament has made a mark on the lives of thousands of secondary school pupils, their families and communities throughout Zimbabwe over the years.
"We do hope and believe this tournament will continue to pay tribute to junior soccer players who have worked very hard over many years to attain the standards required to represent their schools and even their nation. Participants now have a chance to play in the regional tournament, penciled in for later this year," said Gambiza.
The tournament is expected to proceed to zonal level next Friday and the national finals will be held between July 21 and 22 at Chipindura High School in Mashonaland Central.sport
Share !