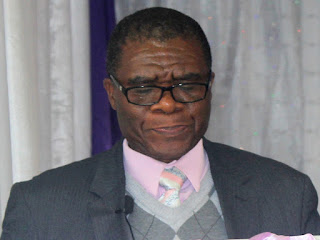 ZIMUTO - The Reformed Church in Zimbabwe (RCZ) - run Copota School for the Blind and the Henry Murray Schools for the Deaf have pleaded for assistance to enable them to beat the numerous resource challenges they are facing in efficiently doing their work.
At an event to facilitate a mutual relationship between the two institutions and the Ministry of Psychomotor organised by the RCZ at Zimuto Mission last week, church moderator Reverend Ranganai Rutoro said the schools currently relied on the goodwill of well-wishers to keep going.
"Our challenges have increased with the economic hardships we are facing as a country. All the raw materials are imported and we cannot access them because of Statutory Instrument 64 of 2016.
"New technologies have pushed out of the market some of the critical products like chalk that we used to produce in bulk at these schools for sale at the market," said Rev Rutoro.
He said the schools were debt-ridden and were in urgent need of relief, calling upon government to stretch its hand and help the schools.
"Currently Copota and Henry Murray have hundreds of thousands of unpaid electricity and water bills partly because BEAM (the government's Basic Education Assistance Module) has not released funds since 2014.
"Our culture does not care about the education of deaf and blind children. The church makes all the efforts to keep them going to school but because of other commitments, some of the needs are not met," said Rev Rutoro.
Psychomotor Minister Josaya Hungwe, who visited the schools, said he would make sure the government extends its support to the welfare and education of the blind as well as the deaf and dumb.local
Share !