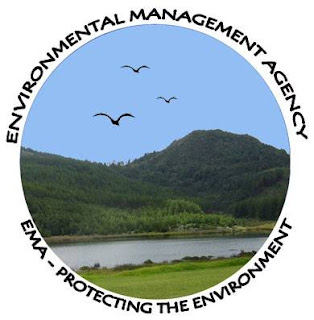 CHIREDZI – The Environmental Management Agency (Ema) Masvingo provincial manager Robson Mavondo has described the high levels of littering in Chiredzi town as unacceptable, saying it was high time people took responsibility for their actions.
Speaking during the Provincial Environment Day celebrations held at Sebanani last week, Mavondo said Chiredzi was specifically chosen to host the event for a purpose.
"We have decided to hold the celebrations here in Chiredzi after noticing the high levels of littering in this town. We think these celebrations will raise awareness on the need to preventing littering," Mavondo said.
Until last year, Chiredzi was operating without a dumpsite until Ema intervened and forced town authorities to build a temporary site and look for a proper place to build a permanent one.
Underdeveloped suburbs like Makondo Extension and Joina City have been identified as some of the most littered places due to lack of proper refuse removal infrastructure.
Chiredzi Town Council engineer Wesley Kauma recently told TellZim News that the town was still working on ways to end the problem by developing roads in the suburbs so that refuse trucks could also reach there.
"As council, we know of the issue and we are working on something in order to come up with a solution to rectify this problem though in the meantime, there is nothing we can do. They are living like that; a dump truck cannot pass through because there are no roads there," said Kauma.
He blamed residents for slowing the development process through their erratic or, in some cases, outright non-payment of rates.
"Residents are not paying up in time. We gave people a chance to pay what they owe in instalments but unfortunately, we are still facing enormous challenges in meeting our revenue collection targets," said Kauma.local
Share !