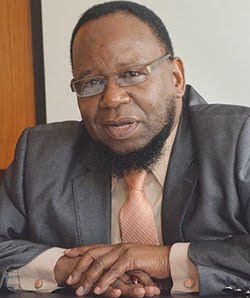 MBERENGWA - Minister of Primary and Secondary Education Dr Lazarus Dokora says the government has accepted requests by villagers in Mberengwa East to upgrade Mbuya Nehanda High School into a boarding school.
Dr Dokora confirmed this on Saturday last week during an outreach programme in the constituency.
The school – the only government high school in the constituency – when upgraded, will be the first boarding school in the area.
"We received a request to upgrade Mbuya Nehanda High School into a boarding school and I want to confirm that the government has accepted the request," Dr Dokora said.
He also used the visit to dispel widely held perceptions that the he was using the new education curriculum to prop up the Islamic faith.
People of the area say turning Mbuya Nehanda High School into a boarding school will benefit the constituency and Mberengwa as a whole which only has three Lutheran boarding schools namely Chegato, Msume and Masase, all high schools.
Also part of the outreach was the Minister of Transport and Infrastructural Development Dr Joram Gumbo and the Member of Parliament for Mberengwa East Makhosini Hlongwane who is also the Minister of Sport and Recreation.
Mbuya Nehanda High School is located in Chief Negove's area, Jonah village, 76km from Zvishavane due South East.local
Share !