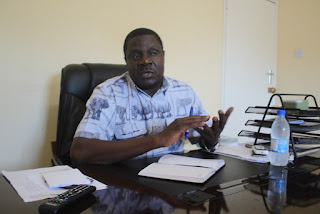 CHIREDZI - The relationship between Tongaat Hullet and the Lowveld Indigenous Business Association of Zimbabwe (LIBAZ) has empowered local business people in Chiredzi, TellZim News has learnt.
LIBAZ, which comprises over 120 companies being run by Chiredzi-based indigenous businessman, entered into an agreement with the giant sugar company to facilitate business between the two sides especially in Tongaat Hullet's supply chain.
The idea is to create synergies that allow indigenous small to medium enterprises to be given priority in all areas that Tongaat Hullet chooses to outsource.
Speaking to TellZim News recently, LIBAZ chairperson Denford Masiya said the agreement came as a boon for enterprises in Chiredzi as they now stand a better chance of doing business with Tongaat Hullet.
"We started our organisation in 2011 and since then, we never looked back. This development has helped us to empower Black-owned businesses. We are happy with the relationship that we have with Tongaat Hullet because as we speak, we are now getting around 20 - 21 percent of Tongaat Hullet's supply work.
"The percentage might sound small but we are talking of huge sums of money that is now actually circulating in Chiredzi. We have therefore managed to get local people into local business opportunities. It is our goal to make sure that our district is given priority when spreading available economic opportunities," said Masiya.
Masiya said his organisation will continue to explore for various ways they can help their companies to remain viable.
Following the completion of Tokwe Mkosi Dam, Masiya said LIBAZ expects its members to also benefit from development.
"We have organisations that are professional and it is our hope that LIBAZ will also get a fair share of business out of the initiatives being planned around Tokwe Mkosi Dam," added Masiya.local
Share !