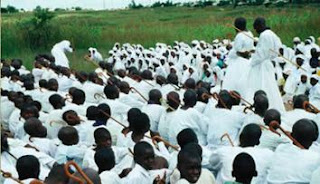 CHIVI – Two Chivi men from an unidentified Apostolic Church are lucky to be alive after a heated stone they were using to keep warm during an all-night prayer sessions last Sunday expanded and exploded, leaving them with serious injuries.
The two, whose names could not be ascertained by the time of going to print, were immediately ferried to Chivi District Hospital before transferred to Masvingo Provincial Hospital.
"Two men from an apostolic church were ferried to Chivi District Hospital as they were left seriously injured after a hot stone they were using to keep themselves warm at their prayer vigil last Sunday night suddenly exploded," a source said.
Masvingo Provincial Police Spokesperson Inspector Charity Mazula, as has become the norm when asked for comment, by the private media, professed ignorance over the matter.
"I was not in yesterday…," Inspector Mazula said.local
Share !