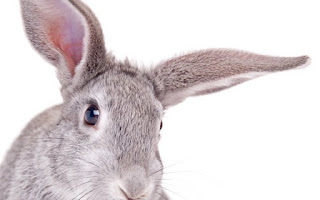 MBERENGWA – A man from Neta died mysteriously after his dogs caught a wild rabbit during a night hunting escapade, TellZim News has learnt.
Shepherd Chelela of Summer Village in Neta, Mberengwa, went out with some minors to hunt at night and his dogs ran after a rabbit.
When the dogs got hold of the hare, Chelela is said to have suddenly went down on his knees saying he was becoming weak.
"When the dogs caught the hare, he shouted saying he was feeling weak and he knelt down as we rushed to see the prey," one of the minors said
Nonetheless, Chelele is said to have told the boys to hit the head of the hare with a club but as they did that, blood began to ooze from his eyes and nose.
"Vakatiti rovai musoro wetsuro iyo ipapo ropa rakabva ratanga kubuda mumuromo nemumhuno dzavo vachibva vatowira pasi. Patairova tsuro ivo ndipo pavairatidza kurwadziwa and pakafa tsuro vakabva vafawo," another minor added.
Some people who attended the burial in Summer Village said the act was high grade witchcraft.
"People these days enjoy killing by testing their witchcraft on innocent people. The deceased was a good man. He had no issues with anyone and was very just," a villager said.
Chelela was survived by his wife and children.
Last year, a 39-year-old Bikita man, Edmore Mubhobho died when his testicles reportedly ballooned to pumpkin size after chasing a hare he had seen while coming from his garden.local
Share !