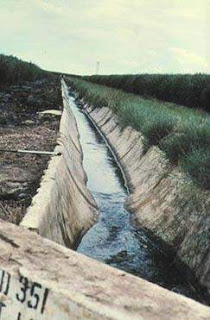 MUTARE - What started as a good day ended in tragically for Mapako villagers under Chief Nyashanu in Buhera after a three-year-old child, Cosmas Mujiwa died last week after drowning in a canal at Murambinda Irrigation.
Manicaland acting police spokesperson Assistant Inspector Luxon Chananda confirmed the incident and urged parents and guardians to always look after their children.
"We received a report of a child who died on June 8 after drowning in a canal at Murambinda Irrigation, and we urge all parents or guardians to always keep an eye when walking with children in areas that are dangerous," said Assitant Inspector Chananda.
The toddler was in the company of his mother Melody Muvande (28) who had another child on her back going to buy mealie meal at Murambinda Irrigation.
Cosmos was following at a distance of about 40 metres and upon arrival at a canal which was full of flowing water, he drowned while trying to cross the canal which was estimated to be 50 cm deep and 60 cm wide.
Upon realising that her child was missing Muvande started searching for her child with the assistance of other villagers before finding the body floating on top of water.
In a similar incident, an 80-years-old granny Zviitei Kosa of Manyika village under Chief Musikavanhu in Chipinge died after drowning in a well on June 9.
Kosa was in the company of her seven-year-old grandchild Vincent Sithole when she slipped and fell into the well near their homestead while trying to fetch water.
The boy rushed home and informed Kosa's daughter-in-law Mavis Zunga who attended the scene and made a police report leading to the retrieval of Kosa's body.local
Share !