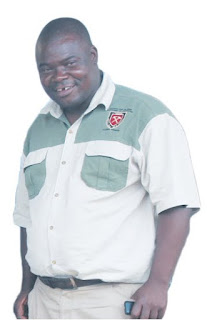 …as he crawls back to ruling party

MASVINGO – Former Zanu PF Masvingo South Member of Parliament Irvin Dzingirai, who of late had joined former Vice President Joyce Mujuru's National People's Party (NPP), has followed the terrain of politicians re-joining Zanu PF after announcing his comeback to the party last week.
Smart in his Zanu PF regalia, a fawning Dzingirai attended the Zanu PF provincial coordination committee (PCC) meeting held at Masvingo Polytechnic last Sunday and later told TellZim News he had never disposed of the regalia during his stint in the opposition.
"My comeback was mainly inspired by how organised Zanu PF is. Look at how its ideologies are deeply rooted in the society, it shows the level of organisation the party has. It is one characteristic you will never find in any other opposition political party; they lack consistence," Dzingirai said.
Asked whether he had genuinely left Zanu PF during his short-lived life in the opposition, Dzingirai said a Zanu PF member will never seize to be one.
"Once Zanu PF, you are always Zanu PF. If I had genuinely left, I wouldn't be wearing this regalia. As you can see it's not new, I simply drew it from a place I had kept it safely.
"I am not looking forward to any post as well. I simply want to help the revolutionary party in shaping up and building the nation because it has done a lot to emancipate locals. Helping is even greater that holding any post because it amounts to the ground work which shapes all work that is later presented as success," Dzingirai said.
The former MP becomes the second high profile politician in the province to publicly announce his return to Zanu PF after Zimbabwe People First (ZimPF)'s Kudakwashe Gopo.local