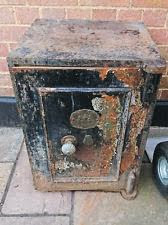 MUTARE - Manicaland police are investigating a robbery case in which two security guards were attacked and disarmed after five unknown assailants pounced on them at Murambinda General Hospital and escaped with a Toyota Land Cruiser, a 303 rifle, a Chubb safe and a cash box containing US$960. 68 on June 7.
Acting Manicaland provincial police spokesperson Assistant Inspector Luxson Chananda confirmed the incident and said investigations were still in progress though some of the stolen goods were recovered.
"We are investigating a robbery case in which five unknown men pounced on two security guards Nyaradzo Ndodo (24) and Michael Mutero who were manning the main entrance. They drove away with a Toyota Land Cruiser, a 303 rifle Chubb safe and cash box which had cash,"
"Though some of the goods have been recovered, we are appealing to members of the public with information that may lead to the arrest of the suspects to notify their nearest police station," said Assistant Inspector Chananda.
On June 7 around midnight, five the robbers approached Ndodo and Mutero who were on duty and hit Mutero who was armed with a 303 rifle once on the head and right hand and disarmed him before handcuffing him.
They also slapped Ndodo on the face and handcuffed her too before proceeding to search the guardroom from where they took car keys.
They proceeded to the admin block where they broke the door and stole a Chubb safe, a cash box containing over US$900 and drove away in a Toyota Land Cruiser which they stole from the car park.
The crime was discovered by a motorist who found the guards tied in the guardroom as he was leaving the premises.
Sister-in-charge Slindiwe Shamhu was then alerted and a police report was made.
The stolen vehicle and the rifle were recovered at Marenga Business Centre abandoned while the safe was recovered in Gutu destroyed.local
Share !