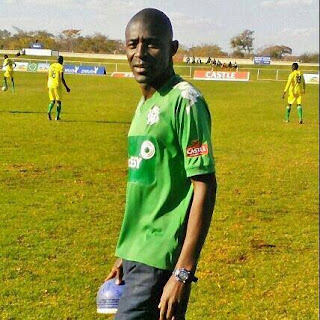 MUTARE - TENAX FC has relieved Arthur Gorejena of his duties as coach following poor results.
Gorejena joined the Zimbabwe Prison and Correctional Services (ZPCS)-owned team in January from Flame Lily which he had served for a period of five years.
Tenax FC secretary general Elisha Chirashanye confirmed the latest development.
"We have relieved Gorejena off his duties as our head coach. We have replaced him with our former coach Blessing Madombi.
"Results were not coming forth so we decided to go that direction. Madombi will be deputised by former goalkeepers coach Eddy 'Dhiya' Jewu and Gibson Mutemera. Nisbert Mapaike remains the team manager while Tawanda Kabango remains the team medic," said Chirashanye.
Gorejena, a CAF C badge holder, said he was still building on the team since it had players from Hwahwa, Tenax and Flame Lily.
"Results were not coming as expected. We recently lost to Buffaloes FC and Mutare City Rovers. We were still trying to build a team from Flame Lily, Tenax and Hwahwa hence time to build and achieve the set target failed to match.
"I strongly believe that the target of gaining promotion into the elite league was achievable. I wish the club all the best as they are chasing promotion," said Gorejena.
Tenax FC is currently on 11th position on the log with eight games played. It has managed to collect a total of twelve points from four wins and four draws.
Results of the week 9 games games played over the weekend.
Prime Rangers 0 - 1Tenax, Africa Trust 1-2 FC Mutoko, Melfort 2 - 2 Mwenezana, Surrey - 0 Gutu FC, Buffaloes 0 -1 Renco Mine, Mutare City Rovers 3 - 0 United Lions, Bikita Minerals 0 - 0 Redwing Mine.sport
Share !