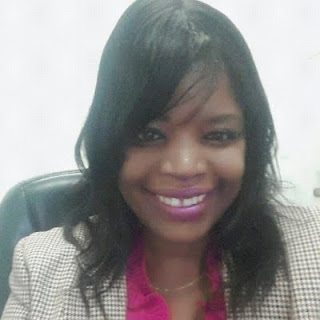 …injects US $2 million to improve  livelihood in Chilonga

CHIREDZI - Giant sugar company, Tongaat Hullet, which employs over 18 000 workers is undoubtedly leading by example as it has invested in improving the living standards of the general public in Zimbabwe.
Having injected US$2 million in the Chilonga community about two years ago to assist the community to have food security through cattle rearing, the people of Chilonga are happy that the project has started to bear fruits.
The sugar company also constructed cattle feedlots so that the community could take advantage of that to do pen fattening. The villagers have, therefore, managed to benefit immensely from the project since they were able to commercialise their cattle and make profits out of their livestock.
Currently, the sugar company is organising cattle auctions where reputable cattle buyers are brought at one point thereby giving villagers bargaining power as buyers compete in the process.
Tongaat Hullet Corporate Affairs and Communications manager Adelaide Chikunguru said the company was eager to improve the living standards of the general public in Zimbabwe.
"We are helping the community to get full value for their livestock. We realised that Chilonga, for example, lies in farming region five and the people rely mostly on their cattle to sustain their livelihoods. We therefore came up with the idea of helping the community to get full value for their cattle.
"As an organisation, we have bought over 6000 cattle from Chilonga since 2015 which could have died had it not been for that intervention. We constructed this feedlot so that we assist villagers to fatten their cattle. In the end villagers emerge as winners in this project," said Chikunguru.
Chikunguru said Tongaat Hullet was also going to have similar programmes in other districts in Masvingo province.
"We have constructed feedlots in other districts and we shall have auctions at Madzivire in Chivi as well as Chivamba in Zaka. The communities have received our gesture with joy.
"We have tailored our programmes in a way that empowers these communities," added Chikunguru.
Chilonga feedlot chairperson Richard Magezani thanked Tongaat Hullet for coming up with the initiative which has so far benefitted his community.
"This is a very good initiative which has boosted our financial base. We highly appreciate the way Tongaat Hullet has invested here. Since the feedlot was built, our lives were transformed," said Magezani.
Secretary for the Chilonga feedlot, Shelton Malavusa said the idea of bringing buyers at one centre also helped in reducing cattle theft.
"This set up is very transparent and it has gone a long way in curbing cattle theft. We all see our fellow villagers selling their cattle and it becomes easy for us to raise the red flag when we see suspicious movements," said Malavusa.
People who sold their cattle last week praised Tongaat Hullet saying it was easier to sell cattle under an organised auction since the police and veterinary department will be at one point.
"This is a hustle free programme… unlike in the past, you can now just drive your beast to this point and all the processes are done at one centre," said Wilson Velemu.
Another seller, Kaurai Tagarira said he was pleased because the programme helped him to get full value of his cattle.
Tagarira said had it not been Tongaat Hullet's initiative, he was not going to be able to send his children to university.
"I am happy that I have managed to get the actual value for my cattle. I have since paid fees for my children who are at Great Zimbabwe University," said Tagarira.business
Share !