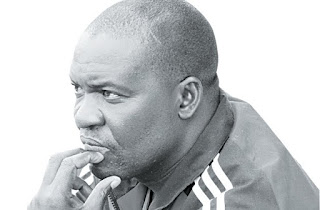 CHIREDZI - Triangle FC fans who were disappointed by the team's lacklustre showing in its recent games have called for a total overhaul of the technical department if the current trend does not change, lest the side's chances in the 2017 Castle Lager Premier Soccer League (PSL) become imperilled.
The fans were reacting to the team's failure to capitalise on home ground advantage when they met Black Rhinos at Gibbo Stadium in an encounter that ended with a one all draw.
While some fans feel that club chairperson Lovemore Matikinyidze is not doing a good job, others think the technical department must be changed altogether before the team plays more games.
"This is poor performance and we think Matikinyidze must give way to others who can do the job better. We have played almost ten games and nothing thrilling has come out of it. We love this club so much that we don't want to see it going down," said a supporter in the wake of the Black Rhinos draw.
Attempts to get a comment from Matikinyidze were fruitless as his mobile went unanswered by the time of going to press but club coach Taurai Mangwiro said there was still hope for the team and its current structures.
"We know we can turn things around and hopefully it will happen soon. What we need right now is to work very hard as a unit but we have been affected by injuries," said Mangwiro.
Triangle FC has recorded only one win out of the seven matches they have played.sport
Share !