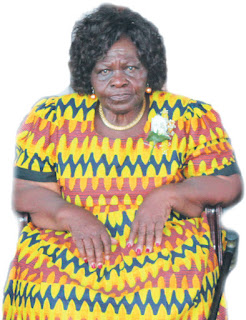 Minister of State for Provincial Affairs for Masvingo Shuvai Mahofa has openly acknowledged that the President Robert Mugabe-led government has totally failed and quickly urged the youth to take over and form a new government.
Addressing Zanu PF members during a preparatory meeting for Mugabe Youth Interface Rally to be held at Mucheke Stadium today (Friday), Mahofa said the current government, which comprises aged people, is now slow and increasingly getting tired.
Mahofa urged the youth to rise to the occasion and participate in national politics since they are the ones who can provide a brighter future for their generation something which she said the current crop of leaders had failed to do.
"We have failed; youth should take over and form a new government. They (youth) can create a far much better government where people will prosper not the current one where people are struggling.
"The youth should be part of all the development initiatives like the dualisation of the Chirundu-Beitbridge highway," said Mahofa.
As if to admit that the old crop of the Zanu PF administration has failed, Mahofa said the youth are the future and they have to safeguard that future by getting involved directly in the governance of the country.
"There are youth in some remote corners of the province who have no idea what President Mugabe looks like in real life. They only know him through pictures in newspapers but they now have a chance to meet with him and discuss on their future.
"Pane mamwe mayouth edu asingazivi kuti Mai Mahofa wakaita sei but they are the ones who should create a better future for themselves. We need youth who are proactive and safeguard the party because the future of the party heavily depends on them," said Mahofa.topnews
Share !