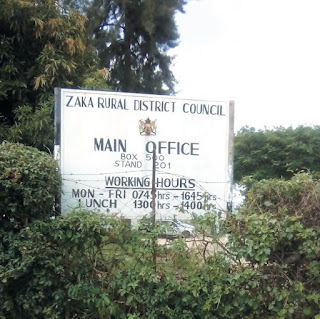 ZAKA – The Rural District Council (RDC) last week backtracked on its decision to repossess what it claimed to be undeveloped stands at Jerera growth point after resident and business associations engaged the services of Mutendi, Mudisi and Shumba Legal Practitioners.
Few weeks ago, the RDC published a list of hundreds of residential and business stands which it said it would soon repossess because the owners had apparently for long failed to make any developments on them.
The decision by residents and businesses to rope in lawyers, however, has successfully stopped the local authority, cold in its tracks.
Zaka district administrator Victor Zinanga confirmed the development saying he was happy that the two parties managed to reach a consensus.
"The meeting was fruitful for the council and the residents and the business community managed to compromise," said Zinanga
In the meeting, which took about two hours, the local authority represented by Rodney Makausi of Saratoga and Makausi, agreed to scrap the repossession plan and revisit the matter so as to shape a more amicable way forward.
The lawyers who represented the residents said they were happy that they had successfully managed to convince the local authority to stop its plan.
Council chief executive officer (CEO) David Majaura, however, said they had not succumbed to the pressure from the associations but they, instead, had already agreed to settle the matter with other residents before going to the lawyers.
"We had already met with most of the affected residents and we were not going to just repossess the stands as many people might think. We wanted the residents to come to deliberate and many residents did just that. However, with the lawyers we agreed to send the matter to the planning committee and probably wait for the full council meeting to be held next month," Majaura said.
Other sources who attended the meeting said the council apologised to the residents for rushing to the press without informing all stakeholders.local
Share !