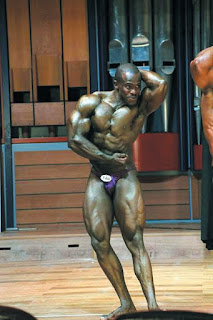 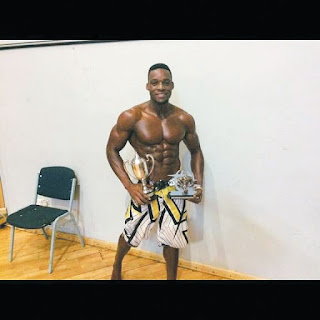 BULAWAYO – Two Zimbabwean born body builders are preparing to fly the country's flag high at the biggest World Fitness Federation (WWF) international bodybuilding event dubbed Mr and Mrs Universe on June 24 in Brazil.
Twenty-nine-years-old Simbarashe Mhaka and 26-years-old Nigel Maphosa, who both command bodies that look like statues of Greek gods, became finalists to represent the country in the international event.
Mhaka will be contesting in the fitness category and Maphosa will be contesting in the senior men bodybuilding. They qualified for Mr Universe after they became finalists in the Pretoria Classics which was held on May 13 in Pretoria, South Africa.
Based in Harare and working out at Oxygen Gym, Mhaka has achieved a lot in the bodybuilding sector both nationally and internationally.
He told TellZim News he won several titles among them Mr Ironman Zimbabwe three times, Mr Zimbabwe two times, Mr Ironman Botswana and the 2017 Mr Pretoria Classics.
"I started working out professionally and competing in 2014 and have been doing well but qualifying for Mr Universe is the greatest achievement in my life as a body builder so far," he said.
Maphosa, who is currently based in Johannesburg, South Africa, working as a fitness trainer for Gym Company, is also excited about his qualification to the Mr Universe titles.
He too has impressive achievements in the bodybuilding field such as Mr Harare under 21, Mr Botswana under 21, Mr Gaborone senior men, Mr Zimbabwe lightweight, and he took third place at Pretoria Classics 2017.
Maphosa credits dedication and hard work for his successful bodybuilding career.
"I believe in myself and am a goal getter. In 2014, I was told that South Africa had stiff competition and I said to myself I will go find out and I came out tops in my first competition there. I believe nothing beats hard work and faith in God," said Maphosa.
Mr Universe is a platform for bodybuilders from all over the world and is a dream for many bodybuilders to reach there.local
Share !