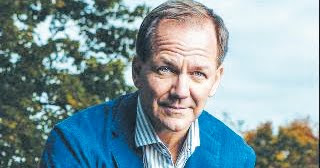 CHIREDZI – Wealthy American businessman and philanthropist Paul Tudor Jones II, who is the principal donor for Malilangwe Conservation Trust, was welcomed by Malilangwe officials at Buffalo Range Airport on Wednesday June 21 for this year's leg of his annual holiday visits to Zimbabwe.
A source at Buffalo Range immigration offices said Jones II arrived with a 33 delegation team including his doctors, teachers and information technology (IT) technicians and others.
"Tudor Jones recently arrived on June 21 in the morning and he arrived with a 33 delegation team including his family and aides," said a source.
The billionaire, whom some agencies have ranked number 102 richest person in the world, was spotted later taking a stroll along Malilangwe - Chipinda road, enjoying the serene surroundings together with his wife Sonia Klein and daughter.business
Share !