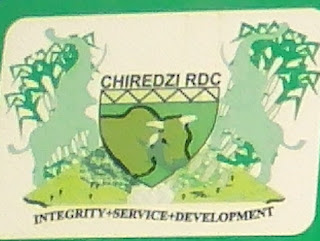 CHIREDZI - Chiredzi Rural District Council chairperson Alderman Matsilele has pleaded with ratepayers to pay up their dues, saying the local authority was in a financial fix caused by little revenue inflows.
Presenting his second quarter report in a recent full council meeting, Matsilele said it was now exceptionally difficult to fund recurrent expenditure because people were not paying.
"This year the challenges have begun quite early; in June, which spells a lot of trouble ahead. This was due to late payment by our major stakeholders who normally pay at the beginning of the year.
"Council is supposed to collect about $271 000 every month, but during the month under review, only $77 900 was collected, which is far short of our monthly requirement," he said.
Matsilele also highlighted that in the month of June, labour costs outweighed what was budgeted for due to staff retrenchments.
"During the period under review, employment costs exceeded what was budgeted for due to the statutory obligations for the retrenched staff," said Matsilele.
He indicated that this year's annual performance (January to June) was far much lower than that of previous years.
"As of 30 June 2017, council had collected $994 911 21, which is an annual performance of 30.59 percent. However, the performance for the period from January to June is 61.7 percent from an anticipated budget income of $1 626 349 for the period," said Matsilele.local
Share !