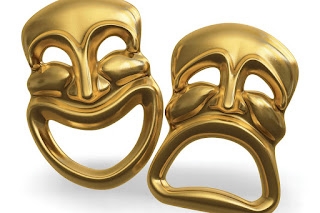 The Charles Austin Theatre will be hosting a schools drama festival on August 1-2 in honour of Doug Hill's 70 years of unwavering servitude to the development of theatre arts in Masvingo and the whole country.
A fundraising dinner, scheduled for Friday July 14, has been organised for the purpose of bringing together potential sponsors for the event which is expected to accommodate at least 200 school children.
Preparations for the fundraiser are well-under way and invitations to schools have already been systematically distributed, with Masvingo's corporate heavyweights and friends of the Charles Austin Theatre having been encouraged to support the cause.
Proceeds from the event will go towards the Doug Hill Schools Drama Festival which is marked to be one of the best festivals in Masvingo this year.
The festival is named after the theatre guru himself and is aimed at attracting drama performances from most, if not all, primary and high schools in the province.
The Charles Austin Theatre itself was built out of the efforts of many different passionate individuals and it is hoped that the same tradition can be continued.
At the fundraising dinner, tables will be pegged at US$100 for 6 people, US$50 for couples and US$20 for individuals and a three-course meal will be served.
A documentary on the life and work of Doug Hill will be screened and there will be theatre and music performances.
Those who want to attend the festival can visit the Charles Austin Theatre or the Facebook group: Friends of The Charles Austin Theatre for further details.entertainment