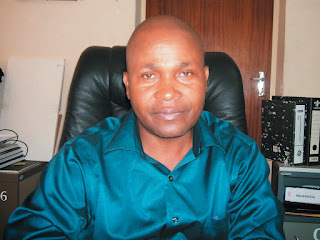 CHIREDZI – The Zimbabwe National Road Administration (Zinara) has allocated US$77 000 to Chiredzi Town Council for roads rehabilitation and the urban authority had made it clear that local contractors will not be given the job due to shoddy work done in the past.
Speaking in a council meeting on Monday, Chiredzi town engineer Wesley Kauma labelled the contractors unprofessional and said council will use manpower and equipment hired form Zinara to do all the required roadworks.
He said some old roads will be resurfaced and those which were not properly done will be attended to soon after potholes had been plugged. He said the local authority had already received US$20 000 from the total amount allocated to them.
"We will no longer entertain local companies to do road construction for us. We will hire Zinara equipment which is a little bit cheap. We will resurface some of the roads soon after we have finished filling up potholes," said Engineer Kauma.
Last year, there was an outcry after Lion Drive, which had just been surfaced by Clime Construction, a Masvingo - based contractor, began to peel off and develop numerous big potholes a mere three months after work was completed.
Meanwhile, the Ministry of Local Government Public Works and National Housing has appointed the council's new directors to head the finance as well as the housing and community services departments after the posts were declared vacant in 2015.
In a letter which was read by town council secretary Charles Muchatukwa in the meeting, Danister Jori was appointed the new finance director while Emily Paradzai was appointed housing and community services director.
"The new Finance Director and Director of Housing and Community Services will be given three months' probation period and they will not be paid their maximum salaries during this period," reads part of the letter.local
Share !