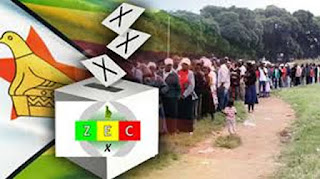 CHIREDZI - Zanu PF candidate for the upcoming ward 2 by-election, Obert Ngwenya has blamed internal intra-party strife for what he calls is a concerted smear campaign against him.
A few weeks ago, Ngwenya was assaulted by a man who accused him of dating his wife, a police officer, but Ngwenya dismissed the allegations as the work of his adversaries who wanted him to lose the police vote.
Recently, fliers with his rival Gabriel Chebundo's image circulated in the ward and on social media, directly attacking Ngwenya's personality. Chebundo is contesting in the by-election as an independent candidate.
One of the messages on the posters read, "He is a pollutant of community, so Ngwenya anofanira kunokandwa kumarara, sewage is better than him because anotora vakadzi vevanhu."
Chebundo, however, said he distanced himself from the fliers during a recent closed door meeting with Zimbabwe Electoral Commission (Zec) officials and the police.
"I was recently called by Zec to answer questions about the fliers that are being associated with me. My election motto is not yet out and I am not the one who made those fliers that are circulating," said Chebundo.
Ngwenya now blames some senior party officials whom he said were not pleased with his victory in the primary elections.
"This is internal politics. I don't have any problems with Chebundo because I am quite sure that I will win this election in spite of the challenges. This is being done by some senior officials in my party who want me to pay tribute to them before I occupy this public office," said Ngwenya.
During the controversial party primaries to select the candidate, leaders were reportedly divided, with the provincial commissariat led by Jevas Masosota routing for Ngwenaya against Ruben Madzingo whom the generality of the people is said to have preferred.
The by-election will be held on August 5 to replace Jesta Mateyaunga who died after a short illeness in May.politics
Share !