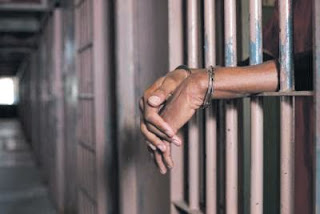 MASVINGO - John Neruwana (18) of Zvinoitavamwe village under Chief Budzi in Bikita last Monday appeared before magistrate Dambudzo Malunga who sentenced him to five years imprisonment for raping a 10-year-old girl.
The court heard that Neruwana waylaid the minor, who is related to him, one morning in September 2015 when she was on her way to Nebarwe Primary School.
He then requested to have sexual intercourse with her but she refused, but Neruwana grabbed her and forced himself onto her.
She cried for help but no one was there to give her assistance.
He then gave the victim a five rand coin and threatened her with unspecified action if she happened to reveal the incident to anyone.
The complainant later on reported the incident when she was transferred to Chivhunze Primary Pchool in Chipinge, after she discovered that she had developed itchy rash on her genital area.
A close female relative was the first person to know of the issue which she reported to the complainant's father who then reported the case to Chipinge police, leading to the arrest of the rapist.local
Share !