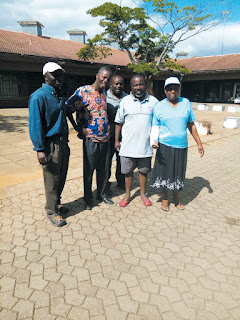 MUTARE - What started as a good journey turned tragic after a King Lion bus was involved in a fatal accident which left 43 passengers dead on the spot and 24 injured.
The death rose to 45 as two more passengers died on their way to Karoi Hospital.
Still visibly shaken by the accident, one of the survivors, Paul Chitondwe says he survived for a purpose and blames the driver for overloading and allegedly failing to exercise caution on the road.
Chitondwe and his wife Maria of Chikanga suburb in Mutare were travelling to Zambia after one of their sons got a place at Cavendish University in Zambia so they were going to help him with logistics.
"My son got a place to study law in Zambia. I and my wife decided to travel to Zambia to do all the logistics.  We left Mutare on June 7 to Harare.
The following morning, we went to Road Port and boarded the King Lion bus.
The bus was overloaded but they continued picking up some passengers on our way.
The driver was approached by some passengers telling him to exercise caution because he was over speeding but he did not take heed," he said.
Chitondwe said that on approaching the 256 km peg in Nyamakate about 40m outside Karoi along the Harare-Chirundu highway, they suddenly heard a deafening sound of a tyre burst. He said the bus veered off the road and rammed into a tree.
"The driver was driving at an excessively high speed when the tyre burst. I still remember being thrown all over but I don't know how I got outside the bus.
"When I woke, up my wife was besides me asking if I was well.  I just woke up while I was outside and my whole body was in pain.
"I had injuries on my shoulder, head and both legs and we were rushed to Nyamakate Clinic. Unfortunately, the clinic could not accommodate all of us.  We were put on the floor. We were later transferred to Karoi Clinic for further treatment.
"At Karoi Clinic, there were no x-ray machines so we ended up being ferried to Chinhoyi Clinic before I was again taken to Belvedere Medical Centre together with my wife who suffered head injuries, legs and dislocation on the right hand. I really thank God for preserving our lives as a family," said Chitondwe.
The accident was declared a national disaster.local
Share !