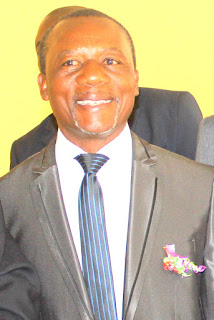 Pamushana High School head Johnson Madhuku has been elected National Association of School Heads (NASH) president for the 5th time in a role.
Madhuku has been president of NASH for eight years and his victory will make him serve for 10 years.
His 5th term comes as the last term in office following the NASH revised constitution of 2014 which reduced the term of office to two terms of two years each.
NASH held its annual national conference in Kariba from June 19 to 23 where the election was conducted and Madhuku garnered 1 051 votes against Maune Vheremu from Harare province who had 156 votes and one Masarirevhu from Mashonaland who polled 141 votes.
"I am humbled that the people have given me yet another chance to serve. This is an organisation of educated people so if you are given a chance to lead such people for ten years, you must never let them down. I thank all those who continue showing confidence in me so we want to continue building our brand," said Madhuku.
Madhuku will be deputised by Arthur Maphosa from Matebeleland South who went uncontested. The post of secretary general went to one M. Mukoyi for St Faith's High School while one S. Madebwe of St Patrick's will be the treasurer.sport
Share !