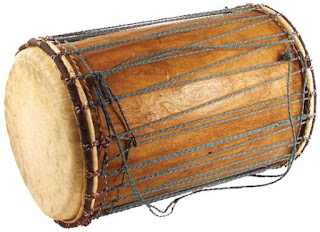 MWENEZI – In an effort to please other congregants, a 22-year-old self proclaimed pastor from Zion Christian Church stole a goat and exchanged it with a musical drum, the Mwenezi Court heard last week.
Steven Moyo of Rutavo village under Chief Negari was convicted of stock theft on his own plea of guilty.
Magistrate Honest Musiiwa sentenced him to twelve months imprisonment of which two months were conditionally suspended.
The remaining ten months were set aside on condition that Moyo performs 350 hours of community service at Matande Primary School.
Asked by the Magistrate why he stole the goat, Moyo confidently stated that he wanted to buy the drum.
"Mbudzi ndakaiba nokuda kokuti ndaida kundotenga ngoma yeZion," Moyo told the court.
The State alleged that sometime in February this year, Moyo went to the grazing lands and stole Tawanda Machava's goat which he later exchanged for a drum from Otias Musara.
A police report was made leading to the arrest of Moyo and the stolen goat was recovered.
In another case, Simbarashe Chikango of Rushaya village under Chief Nyamande in Gutu who was convicted for stealing a bicycle and was sentenced to 15 days behind bars or to alternatively pay a US$30 fine.
Appearing for the State, Willard Chasi said on June 12, 2017 at around 01:00 hrs, at Rutenga market, Chikango approached William Kotore who was asleep at the market and requested for a place to sleep.
When Kotera woke up the following morning, he discovered that both his bicycle and Chikango had disappeared.
He filed a police report and with the help of the police, the bicycle, with a net value of US$150, was recovered at Chikango's house.local
Share !