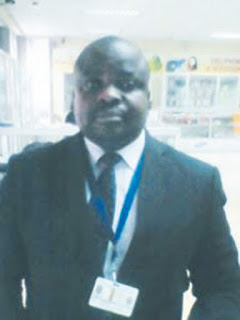 CHIREDZI - The Teachers Union of Zimbabwe (TUZ) has promised Zanu PF its full support ahead of the much-anticipated general election next year, urging its members to do whatever it takes to ensure the ruling party retains power.
This was heard last week at Chiredzi Primary School during the conclusion of an ICT training workshop organised by the union for some 88 of its members in Chiredzi West.
The training was the 13th of a series of workshops being held nationwide ostensibly to help TUZ members understand the Biometric Voter Registration System (BVR) and prepare them for the elections.
TUZ president Timon Tandi said teachers were opinion leaders in their communities and therefore had a duty to campaign for Zanu PF.
He said teachers should spread the message to kids who will then influence their parents to back Zanu PF in 2018.
"We are for Zanu PF and it is your role as teachers to back Zanu PF wherever you are as it is the party which brought education to your doorstep. Pamberi nekuvhotera Zanu, pasi nekutengesa nyika!
"We are doing these courses in all constituencies in order to bring together teachers and their local MPs because a teacher who teaches a class of 40 pupils in class can influence many parents….we will lose votes in 2018 if we fail to do so," said Tandi.
Chiredzi West MP Darlington Chiwa, who was the guest speaker at the graduation, made it clear that teachers were being used to help sway the new voter registration system to the favour of Zanu PF.
"We are training you such that you will have the knowledge to win elections for the ruling party in 2018 using the new system of voting," said Chiwa, warning the teachers not to 'sell out' as they did in 2008.local
Share !